Do You Really Believe In God’s Power? 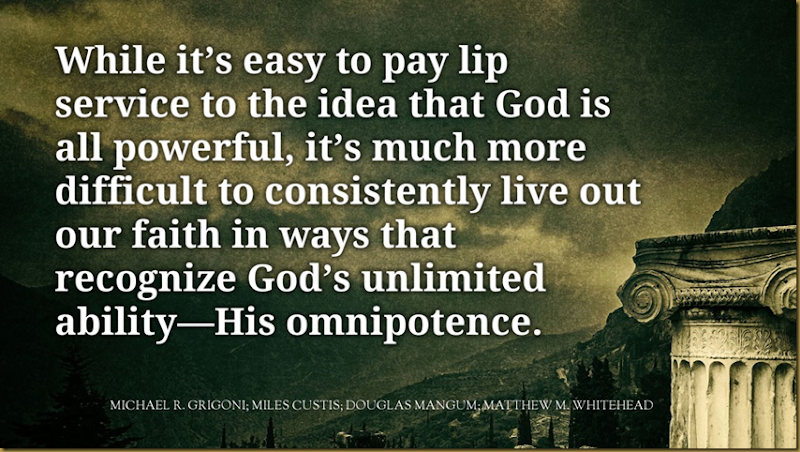 While it’s easy to pay lip service to the idea that God is all powerful, it’s much more difficult to consistently live out our faith in ways that recognize God’s unlimited ability—His omnipotence. Like other characteristics attributed to God, omnipotence can be a difficult idea to wrap our heads around. The story of Abram and Sarai shows that even the heroes of faith sometimes found it difficult to acknowledge God’s power in their lives.

In Genesis 17 and 18, Sarai and Abram struggled to keep their composure when God delivered the seemingly ridiculous news that Sarai—a 90-year-old woman who had been barren her whole life—would give birth to a son. In response to Sarai’s laughter of disbelief, God raised the issue of His omnipotence, asking, “Is anything too difficult for Yahweh?” (Gen 18:14). The story goes on to show that “with God all things are possible” (Matt 19:22), even when we have trouble believing it. God eventually made Sarai a mother, demonstrating His ability to bring life from a previously lifeless womb—and He did so despite the couple’s doubts.