Photos From Our Week At Camp Grace

““prayer and pains with faith in Jesus Christ will do anything.””
http://ref.ly/o/hdsntlrrlyrs/116363 via the Logos Bible Android app. 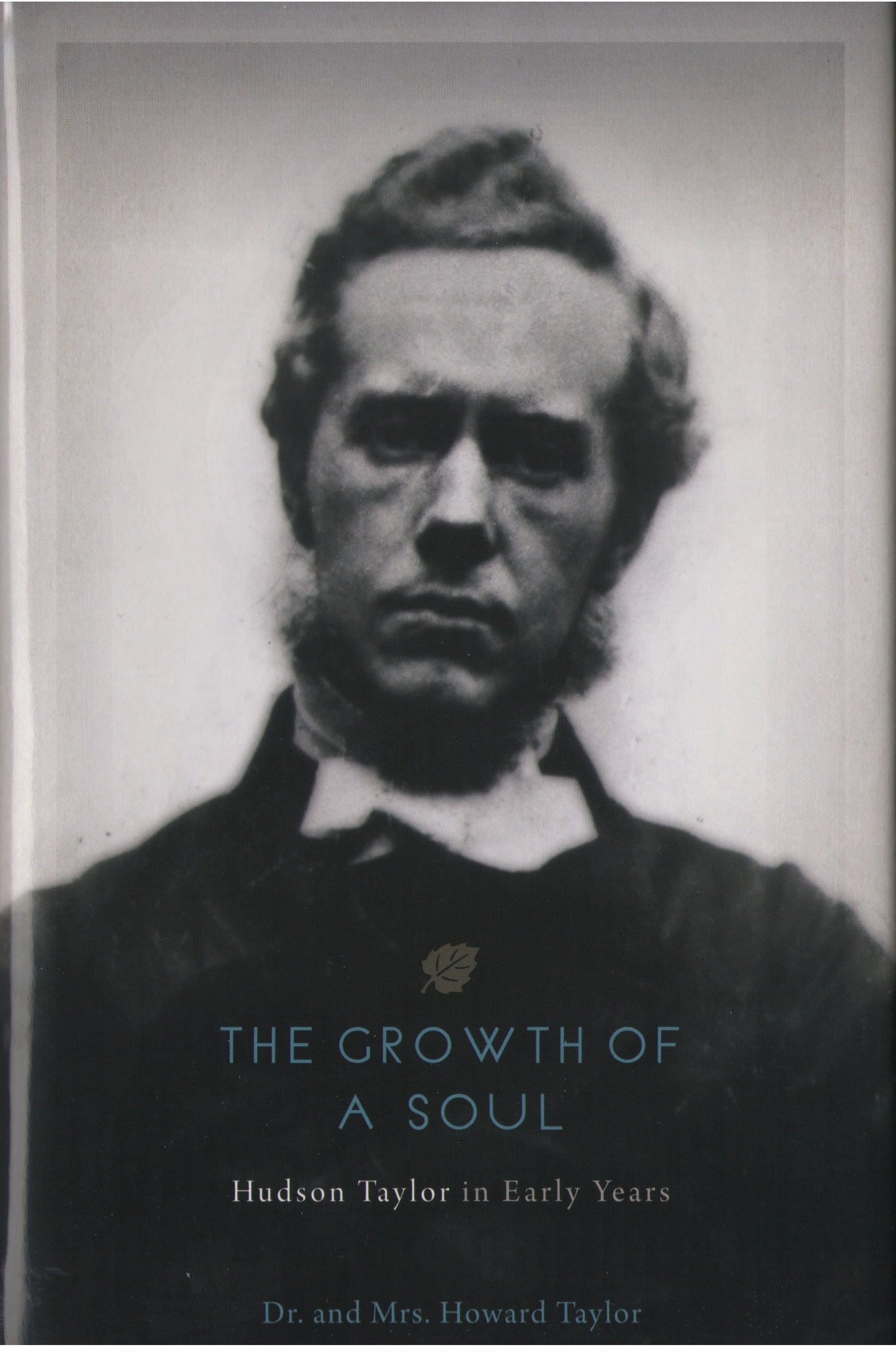 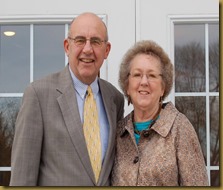 This weekend we were privileged to see Pastor Ron VanderHart again and his lovely wife Donna. They are passing through on their way to Yellowstone and joined us for our services on Sunday. Each time they had visited in the past I have had Pastor VanderHart teach for Sunday School and Church but this time I taught Sunday School and Pastor Preached for the morning service. I think that although I grew up under their ministry this was the first time they heard me teach. It was very exciting and engaging. 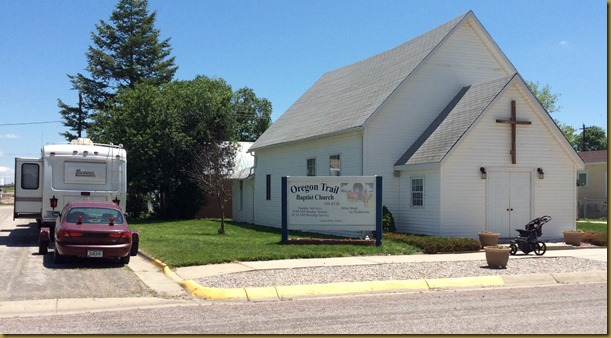 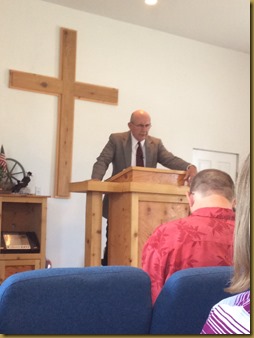 The Great Test: Modifying the Truth 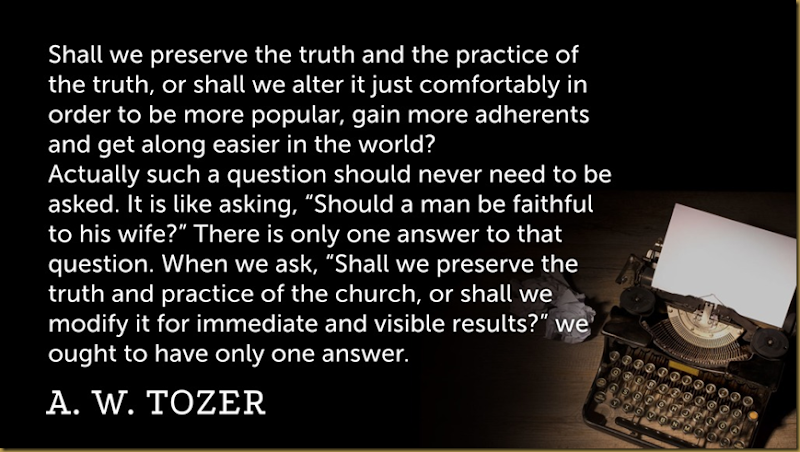 There is a great decision that every denomination has to make sometime in the development of its history. Every church also has to make it either at its beginning or a little later—usually a little later. Eventually every board is faced with the decision and has to keep making it, not by one great decision made once for all, but by a series of little decisions adding up to one great big one. Every pastor has to face it and keep renewing his decision on his knees before God. Finally, every church member, every evangelist, every Christian has to make this decision. It is a matter of judgment upon that denomination, that church, that board, that pastor, that leader and upon their descendants and spiritual children.
The question is this: Shall we modify the truth in doctrine or practice to gain more adherents? Or shall we preserve the truth in doctrine and practice and take the consequences? If the decision is that we modify the truth and practice of the church, then we are responsible for the consequences, whatever they may be. God already knows what the consequences are, and history has shown what they are. But if we choose to preserve the truth, then God accepts the responsibility.
Business people have to make that choice in business. Everyone has to make it at income tax time. Students have to make it in school. We have to make it everywhere in our lives as we touch society. Shall we preserve the truth and the practice of the truth, or shall we alter it just comfortably in order to be more popular, gain more adherents and get along easier in the world?
Actually such a question should never need to be asked. It is like asking, “Should a man be faithful to his wife?” There is only one answer to that question. When we ask, “Shall we preserve the truth and practice of the church, or shall we modify it for immediate and visible results?” we ought to have only one answer. It is not a debatable question, and yet it is one that has to be constantly debated in the secret prayer chamber. It is constantly debated when conferences meet, when boards meet and when a pastor must make a decision.
A commitment to preserving the truth and practice of the church is what separates me from a great many people who are perhaps far greater than I am in ability. This is my conviction, long held and deeply confirmed by a knowledge of the fact that modern gospel churches, almost without exception, have decided to modify the truth and practice a little in order to have more adherents and get along better. When we make a decision to modify the truth, we bring the consequences of that choice upon ourselves. What have the consequences been?
One has been an absence of a spirit of worship in the church. Many people do not even know what is meant by a spirit of worship. That is tragic. I wish God would either change things a little or give me a sight of His glory among His people. I admit that sometimes I feel like the man of God who said,

Many of the Lord’s people do not know what you mean when you mention a spirit of worship in the church. They are poor victims of boards, churches, denominations and pastors who have made the noble decision to modify the truth and practice a little. But God responded, “If you do, I will withdraw from you the spirit of worship. I will remove your candlestick.”

When The Church Begins To Die 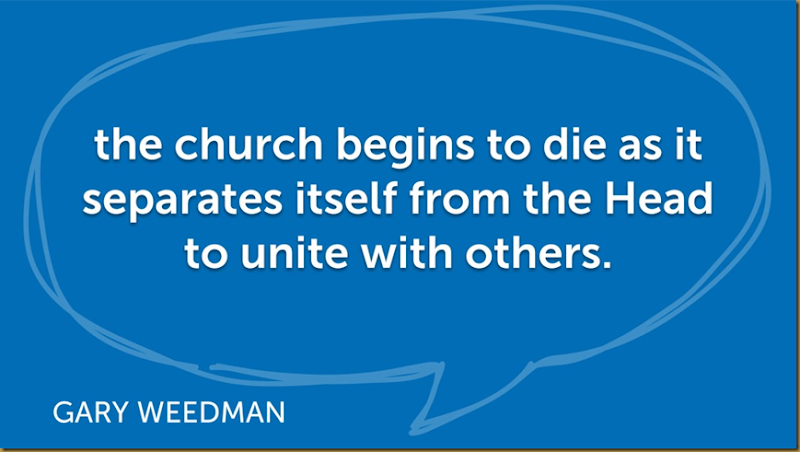 The only reason, then, that the church could be lured into a false religious discipline was if it removed itself too far from the Head who had done these acts. Just as in some way in Paul’s analogy, the body’s vitality and life is related to its closeness to the head, so the church begins to die as it separates itself from the Head to unite with others. 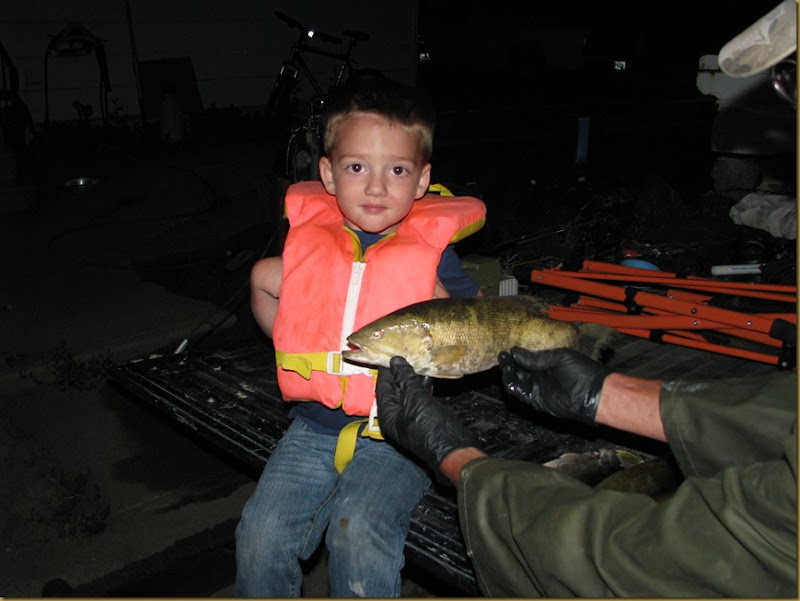 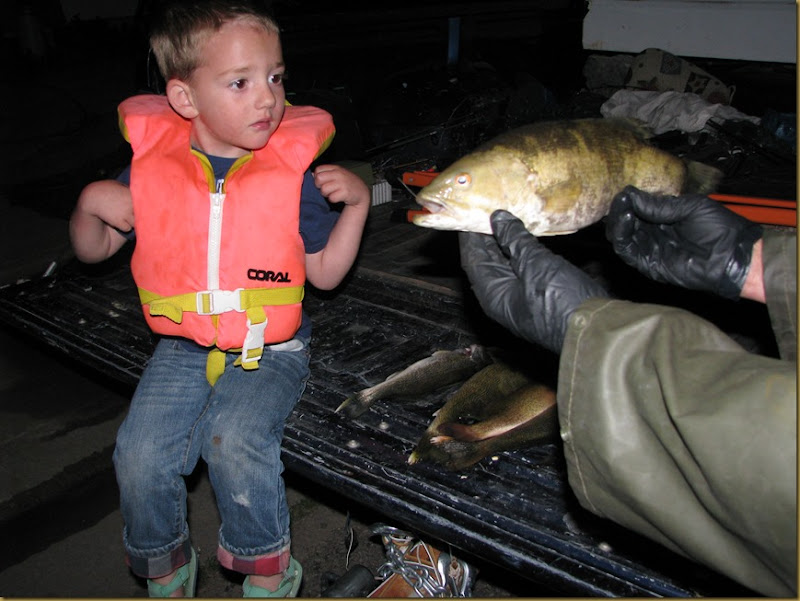 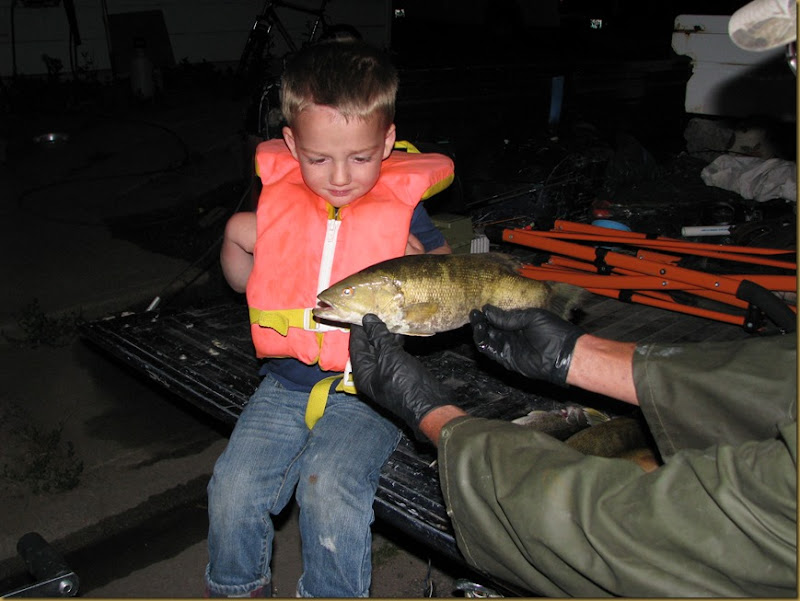 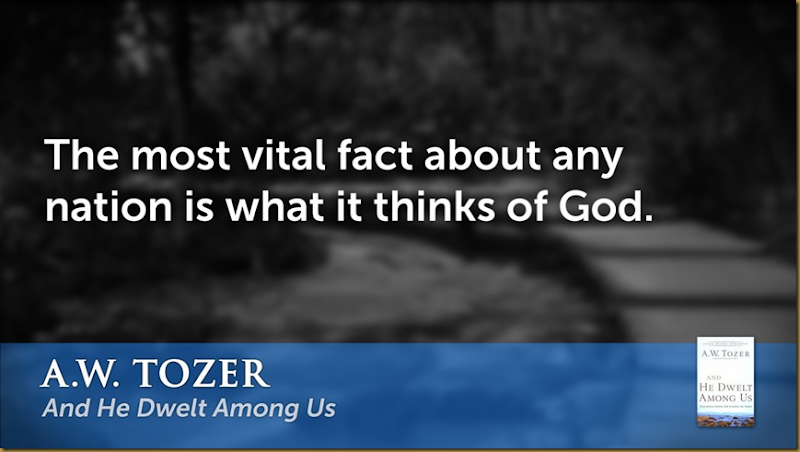 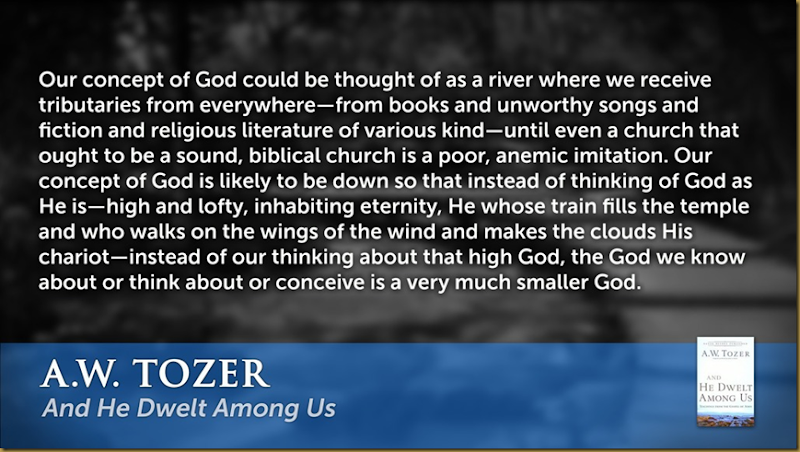 One Nation Under God

The most vital fact about any nation is what it thinks of God. I am not a historian, neither by profession nor by any great amount of study. But I do believe I could predict the future of any nation if I could discover exactly what that nation’s concept of God is—if I could learn exactly what America thinks of God, what the rank and file, the masses, the lower echelon leadership in America thinks about God; if I could send out a questionnaire and ask the question, “When you think of God, what do you think of? What concept enters your mind when you think about God?”
If I could find an instrument that would tell me what the majority of the people thought about God, I could predict the future of the nation, barring of course the possibility of revival, which would change all that. But even a revival cannot come where a concept of God is low. A missionary cannot go to a heathen land and immediately preach the gospel. One of the first things they have to do is talk about the high God and purge the minds of the people from low and unworthy and ignoble concepts of God. We cannot rise higher than our concept of God.
Personal faith cannot rise higher than a person’s concept of God. That is why I for one am indignantly crusading against this concept of God as “the man upstairs.” The nice, lovely God that you can slap on the back, laugh, and tell Him a joke; the God that will condescend to anything and pal along with anybody. That kind of God is not the kind of God of the Bible. That is not the God and Father of our Lord Jesus Christ; it is not the God that gave the law to Moses; it is not the God that led the children of Israel out of Egypt; it is not the God of Isaiah or David, John or Paul; it is not the God of Martin Luther or John Wesley; it is not the God of the Church. It is another kind of God, a soft God that will condescend to anything and overlook anything, with no spine and no character. That God is the divine teddy bear, the huge panda that everybody can cuddle to and coo about but they have no respect for Him because they have no concept of Him.

One Church Under God

I say that not only of a nation but also of a church. You say, “Oh well, every church has the same concept of God, every church knows about God; they read their Bible. They have a Christian concept of God.”
Our concept of God could be thought of as a river where we receive tributaries from everywhere—from books and unworthy songs and fiction and religious literature of various kind—until even a church that ought to be a sound, biblical church is a poor, anemic imitation. Our concept of God is likely to be down so that instead of thinking of God as He is—high and lofty, inhabiting eternity, He whose train fills the temple and who walks on the wings of the wind and makes the clouds His chariot—instead of our thinking about that high God, the God we know about or think about or conceive is a very much smaller God.
I believe in evangelism, but I have listened to evangelistic sermons that set forth a God I could not respect and would not want to go to heaven and live with for another few million eternities. I do not want to live with a God like that, the kind of God I have heard set forth in pitiful, nose-wringing, eye-drenching stories as though God were like one of us. The poor little undersized, small-minded preacher gets up and begins to chatter about a God he has made in his own image, and then I’m supposed to want to go to heaven and sit beside the throne of a God I could not respect on earth?
No, I want the God of the Old Testament and the God and Father of the New, or else I do not want to go to heaven. I would rather go somewhere in some neutral place. I have not courage enough to say I would rather go to hell, but maybe a limbo in between where I can stay as far as possible from these teddy bear gods that are being preached now and again.
Some have a lot against John Calvin. I do not go along with everything John Calvin believed, but there is one thing he did believe that I go along with. He had a high concept of God. He believed in God’s sovereignty—God high and lifted up. And so do I.
If we could find out exactly what a church thinks about God, we would know that church’s future. We would know where they are going for the next several years.