We had a wonderful Missions conference. Many people came from other churches to take part and it was encouraging listening to Pastor Marlin Driskell and Missionary Nathan Roberts preach. Unfortunately I don’t think anyone took pictures during the services but here are some pictures as we showed the missionaries around the area. 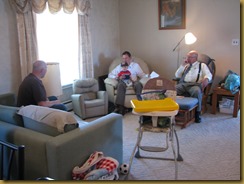 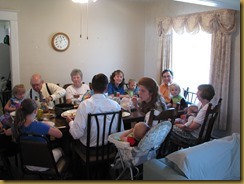 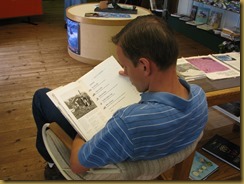 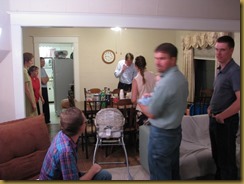 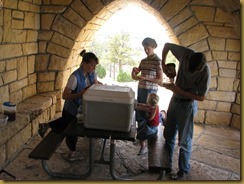 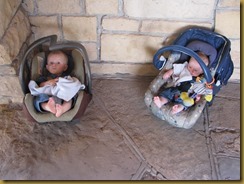 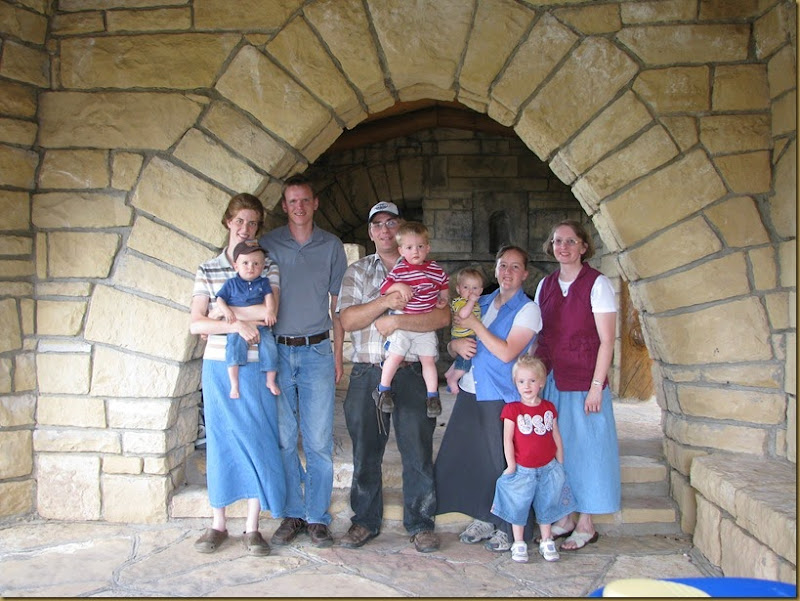 Marveling As We Move

Earlier I wrote a brief post about buying a house and preparing to move. We didn’t have much notice about the move and once we signed the papers we were told that the keys are on the counter. We signed the contract on Thursday and could begin moving as soon as possible. Bill Walker was coming with a backhoe to do some work at church Friday morning and I knew it would be a long weekend. I couldn’t see how I was going to get everything done. After Bill finished with the backhoe Dave Corneliussen Walked across the street toward me. I had never met him before and didn’t know him. He had parked across the street with his camper and told me that he had heard about us and was coming through the area helping out small churches. It wasn’t long before we struck up a bond and the whole family Dave, Chris, Even, and Savannah all jumped in helping us move and get many projects done around the church.

I can’t honestly say that I prayed for the Lord’s help for the weekend, but He answered my prayer before it was uttered. Lee and Cindy Griebe and Leroy Clark were planning on coming over on Friday to help clean the house so with many hands the work was made light. We are mostly moved in and about ready for our missions conference. With the Corneliussen family here to help we were even able to get some new laminate flooring in the dining room where the white carpet had been torn up by the previous renters dog. We owe a big thank you to the Corneliussen family and are praising God for his provision of much needed help.

In his book The Christ Life For Your Life, F. B. Meyer tells of traveling by train. He saw a man in his compartment reading the famous devotional book, Imitation of Christ by Thomas à Kempis. Dr. Meyer said, “That’s a grand book.” “Yes, it is,” replied the passenger.
“But I have found something better,” said Meyer, who proceeded to use the illustration of painting a picture. He said, in effect, “What if I saw a beautiful masterpiece in the museum and I wanted a copy for myself? I could try to imitate it, to copy it onto a canvas using my own abilities of imitation. But how different the picture would look if the spirit of the great artist himself could somehow flow into my heart, into my mind, into my body, into my fingers and paint the picture through me.”
Christlikeness isn’t just a matter of imitating Christ. It is Christ Himself living His life and doing His work through us. 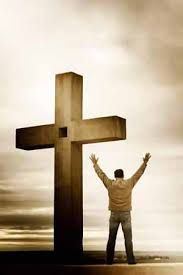 I was sitting upstairs reading Romans and I came to the words, “Knowing this, that our old man was crucified with Him....” Knowing this! How could I know it? I prayed, “Lord, open my eyes!” and then, in a flash, I saw. (Watchman Nee, on how he first realized he had been crucified with Christ.)

When God calls a man, he bids him come and die. (Dietrich Bonhoeffer, German Christian martyred by the Nazis.)

There came a day when George Mueller died, utterly died! No longer did his own desires, preferences, and tastes come first. He knew that from then on Christ must be all in all. (George Mueller, when asked the secret of his victorious Christian life.)

Today we were very excited to close on a house. We are now officially the owners of our own home. 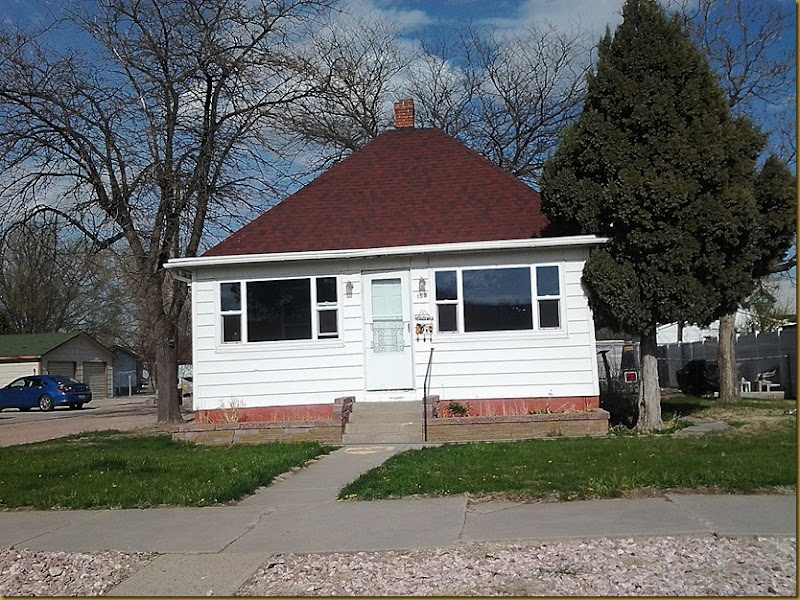 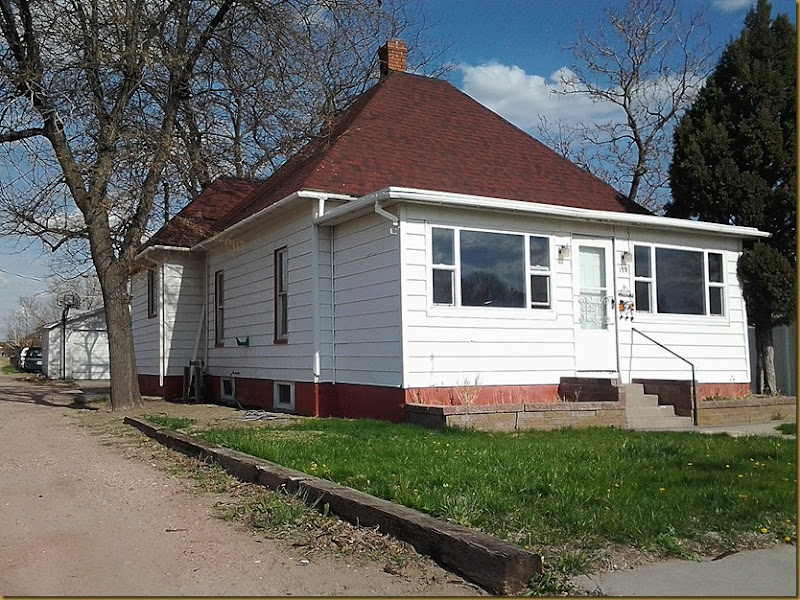 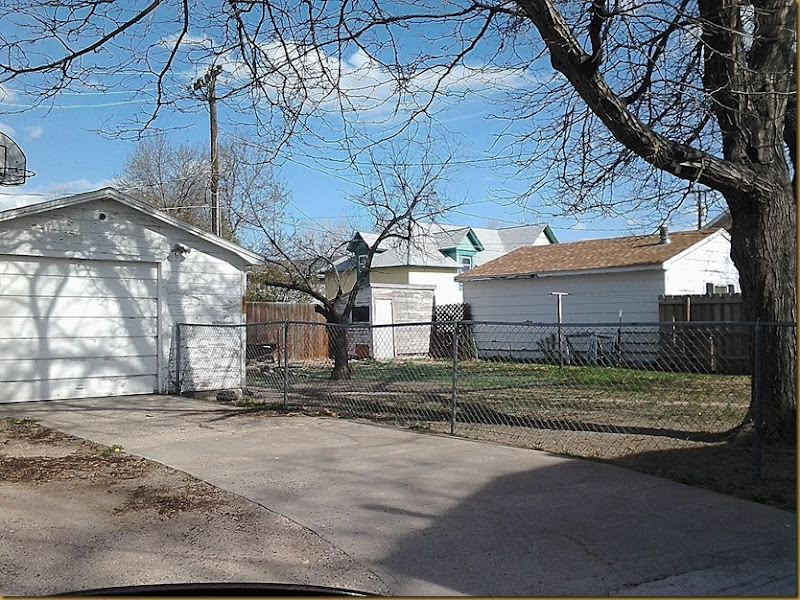 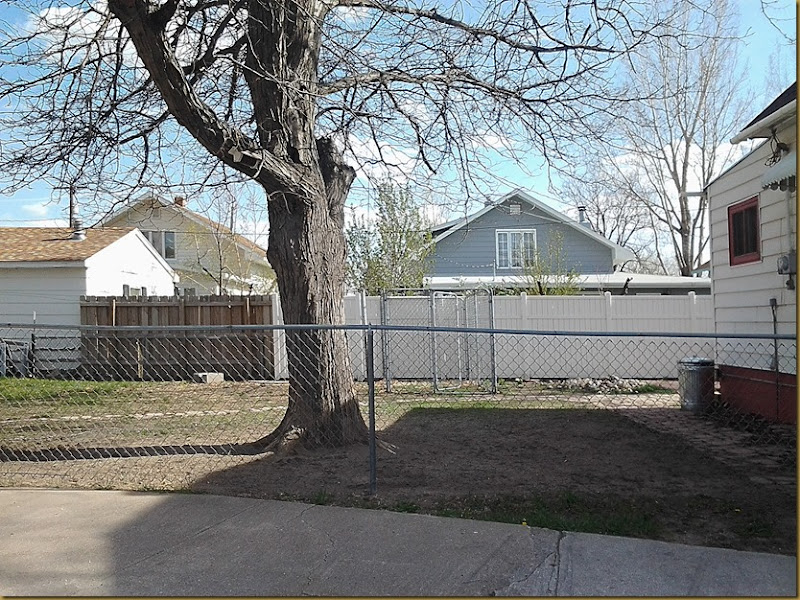 Thomas Watson on Fretting and Fainting

“There are no sins God’s people are more subject to than unbelief and impatience; they are ready, either to faint through unbelief, or to fret through impatience. When men fly out against God by discontent and impatience, it is a sign they do not believe “that all things work together for good, to them that love God.” Discontent is an ungrateful sin, because we have more mercies than afflictions; and it is an irrational sin, because afflictions work for good…. The devil blows the coals of passion and discontent, and then warms himself at the fire.” 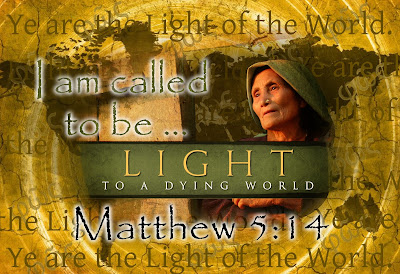 A little bit about the Roberts family...

South Africa.  Both Nathan and Laura were saved at young ages, and were privileged
to grow up in pastors’ homes. Laura grew up in Indiana where her father pastored two different churches, and Nathan grew up in Mukwonago, WI where his father started Mukwonago Baptist Church and is still the pastor.

As a part of his academic requirements at Baptist College of Ministry, Nathan had the privilege of interning in South Africa with Pastor Stewart Overmiller in the summer of 2008.  It was then that the Lord gave him a love for the ministry and people in Elandsfontein, South Africa.  While working with Pastor Overmiller, Nathan was able to minister with and get to know Laura Overmiller.  It was evident to both Nathan and Laura that God had burdened their hearts for the same ministry and people and that God’s plan was for them to serve the Lord together.  They were married in October of 2010.

The Roberts started deputation in the Spring of 2011, and God wonderfully provided enough support for them to fill in for the Overmillers who are now on furlough.  After leaving South Africa in March of 2013, they plan to finish raising all their needed support so that they can continue serving the Lord alongside the Overmiller family in the ministry of Elandsfontein Baptist Church.

Pastor Marlin Driskell became the Director of Camp Grace in September of 2010 after serving as the pastor of First Baptist Church in Wheatland, Wyoming for over 23 years.

Pastor Driskell was saved at 11 years of age in Casper, Wyoming and went on to dedicate his life to the Lord during a chapel service at Camp Grace in 1970. He graduated from Silver State Baptist High School in Lakewood, Colorado in 1976. From there he went on and received a Bachelor of Arts Degree from Denver Baptist Bible College in 1980, and a Master of Divinity Degree from Denver Baptist Theological Seminary in 1986.

Marlin and his wife, Leah, were married in 1981 and have three children: Kaylah, Nicole, and Michael.
Pastor Driskell, along with being a pastor, served as a board member of the Inter-Mountain Baptist Fellowship and the New Testament Association of Independent Baptist Churches. He has served on the Wyoming Republican Party Central and Executive Committees as well as numerous leadership positions in the county party.

Marlin brings a wealth of experience to Camp Grace having served the organization as a Board Member and or Officer (–He has served as President, Vice-President, Secretary and Treasurer.–) of both the corporation and the Camping program for the past 25 years. For nine years he ran the Teen Camp program. For numerous years he managed and coordinated the rental of the Campground. For 23 years he has been the maintenance person who organized workdays to open and close the camp. For many years he has been the sanitation person. Since 2005 he has been the EPA contact person accountable for water safety. He has functioned as the purchasing agent for the camp for many years. In addition he has extensive knowledge of Camp Grace’s history, property, operations and finances. For the past 23 years he has compiled and printed the Annual Reports for the Camp.

Leah (Godby) Driskell likewise brings a wealth of experience to the Camp. She was saved at a Crystal Lake Christian Camp in Warsaw, Indiana when she was 8 years old. At 16 years old she dedicated her life to the Lord at the Word of Life Camp in New York. After high school Leah attended Denver Baptist Bible College and received an Associate of Arts Degree in 1979. From 1978 to 1987 she worked in the oil industry as a file clerk, secretary and Executive Secretary.

Leah continues serve faithfully in the camp ministry. She is yet behind the scenes helping her husband by planning menus, shopping, cooking, doing secretarial work and cleaning for Board Meetings, Retreats and special guests.

Together, with our three children we are looking forward to many more years of service to our Lord and Savior, Jesus Christ at Camp Grace.

Missionary Gene McKinley along with his wife Christie and family have been in Mullingar in the Republic of Ireland planting Good News Baptist Church since July of 2005.  Bethany Mealy came in 2010 on a short term trip to assist in a special evangelistic outreach Pastor McKinley had arranged through Christ for Ireland organized by Chris and Zoe Stoll.  This trip resulted in the McKinleys and Bethany realizing that the Lord had brought them together to work as a team in the Irish church-planting work.
Bethany received a Master of Biblical Studies degree from Baptist College of Ministry in 2008 with the earnest desire to serve the Lord in missionary work in the Republic of Ireland.
Bethany is single and has not been married.
Bethany will continue to be a part of Christ for Ireland, available for assistance with their evangelism outreach in other locations in the Republic of Ireland, while concentrating most of her time with the McKinley’s and their church planting work.
Bethany's Tasks on the Mission Field
Church Pianist
Teaching Music
Teaching Children's Sunday School
Discipling Ladies
Door-to-door Evangelism
Church Contact Database
Secretarial
Editing Good News Baptist's Printed Materials
Assist in McKinley Homeschool
Teaching Piano Lessons

Pastor Ron VanderHart, the pastor I grew up under, stopped in for a visit with is wife Donna on their way to Yellowstone National Park. They rolled in just in time for our Church service and I asked him to preach for us. He preached a very powerful sermon from Mark 4:35–41 on trials and trouble that we face. After the service they scooted on to Yellowstone so they could check in before their reservation was canceled. It was good to see them again and we made sure we got a picture with them before they left. 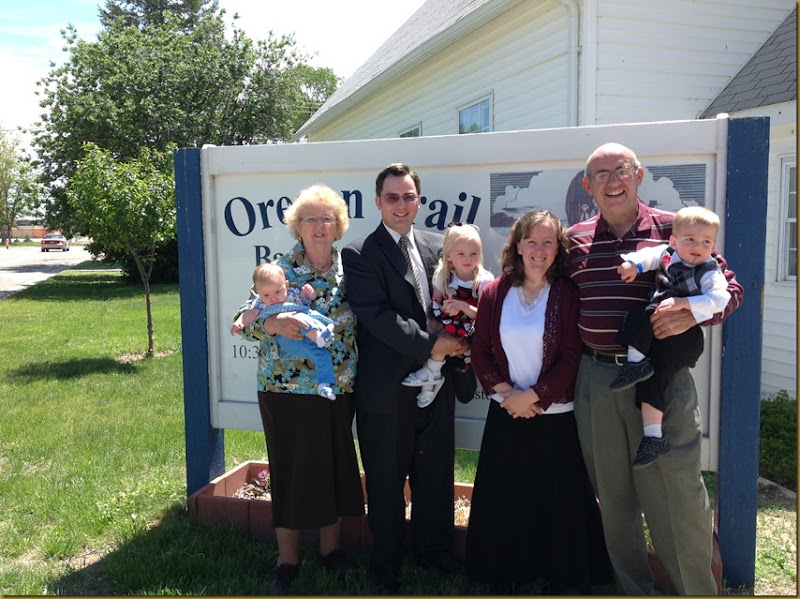