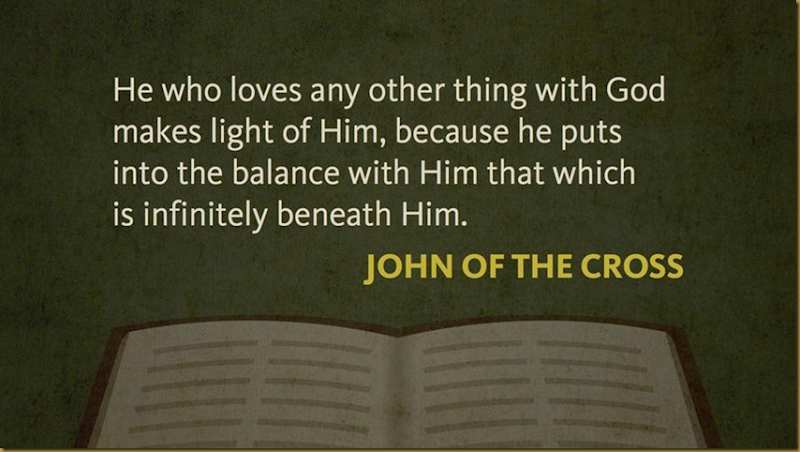 The people of Israel did not perceive the sweetness of every taste in the manna, though it was there, because they would not limit their desires to it alone. The sweetness and strength of the manna was not for them, not because it was not there, but because they longed for other meats beside it. He who loves any other thing with God makes light of Him, because he puts into the balance with Him that which is infinitely beneath Him.