Scripture in the Anglican Tradition: The Story of the King James Bible

This article was written by Benjamin Amundgaard and published at http://blog.logos.com/2013/06/scripture-in-the-anglican-tradition-the-story-of-the-king-james-bible/ on June 24, 2013. I thought it was a good read.

“[W]hat has influenced the whole history of England and America more than the King James Bible?” —Leland Ryken 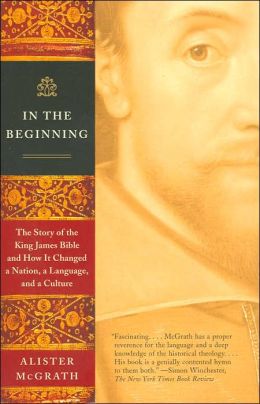 The King James, or Authorized, translation of the Bible is one of the most popular and influential books ever published. In his history of the King James translation, God’s Secretaries, Adam Nicolson reckons that more than five billion copies have been sold since the KJV’s completion in 1611. Its influence goes beyond its intended use “to be read aloud in churches” into the realm of poetry, literature, music, and politics. In his book In the Beginning: The Story of the King James Bible and How It Changed a Nation, a Language, and a Culture, Alister McGrath argues:

Without the King James Bible, there would have been no Paradise Lost, no Pilgrim’s Progress, no Handel’s Messiah, no Negro spirituals, and no Gettysburg Address. These, and innumerable other works, were inspired by the language of this Bible. Without this Bible, the culture of the English-speaking world would have been immeasurably impoverished.

The Oxford English Dictionary counts 257 English idioms that the King James translation coined or popularized. Phrases such as “out of the mouths of babes” and “fly in the ointment” are still part of the popular lexicon. Bartlett’s Familiar Quotations contains so many quotes from the KJV that one of the editors published a separate work out of them.

But its reach was never intended to be so great. Though it has “royal” beginnings, it was designed to function as the Scriptures used in the humble parishes of the Church of England. Nevertheless, as the influence of the Anglican Church grew, so did the influence of the King James translation.

The KJV was the third English translation authorized by leaders of the Church of England, following the Great Bible and the Bishop’s Bible. The Puritans, who primarily used the Geneva Bible, took issue with the translation of certain verses in the Bishop’s Bible and the Great Bible (used in theBook of Common Prayer) and presented a petition, known as the Millenary Petition, to James I at his coronation. In response to their complaints, James I called the Hampton Court Conference, in which he supported the decision to create a new translation.

The work began in 1604 under the general guidance of Archbishop Richard Bancroft and the editorial oversight of Lancelot Andrewes. Forty-seven of the best scholars were chosen from the various traditions within the Church of England—from low-church Puritans to high-church Anglo Catholics—and divided into six committees, who met at three locations (Oxford, Cambridge, and Westminster Abbey). The committees were instructed to use the 1568 Bishop’s Bible as a starting point, keeping the language the same wherever possible. They used the Greek Textus Receptus for the New Testament, the Masoretic Text and the Septuagint for the Old Testament, and the Vulgateand Septuagint for the Apocrypha.

The committees translated the sections assigned to them and then met to put them together, comparing and harmonizing differences where necessary.  After completing all the sections in 1608, the scholars submitted the work to a general committee for review. The committee made some overall changes and submitted the final work for printing in 1611.

A frequent misconception about the language of the King James Bible is that it somehow represents “the king’s English”—that this was the way King James and his contemporaries spoke. While this is true to some extent, there were a number of other factors that created the distinct “King James” style that influenced subsequent literature.

A major influence on the language was that the purpose of the translation was specifically public reading. The text was punctuated to make it easier to read aloud. Moreover, some of the word choices were influenced by the sound of a word and the ease of pronunciation.

Additionally, the translators chose conservative, established words so as not to cause too much controversy. They choose “thou” when “you” was already a part of common parlance, and the ending “eth” when even Shakespeare used “es.” Even words like “verily” were falling out of use in King James’ day.

The final influence on the style came much later than the translation project itself. In 1769, an Oxford language scholar named Benjamin Blayney published an updated, corrected, and normalized version of the King James text. This edition quickly became standard. Most of the King James Bibles printed today use the 1769 Blayney text.

As the British Empire spread, it brought with it the Church of England’s Scripture, which by that time was incontestably the KJV. As the KJV continued to hold sway as the English Bible, verses from the King James were used on public works and in cathedrals and churches. This, in turn, embedded its style and language in the cultural memory, cementing its influence for years to come.